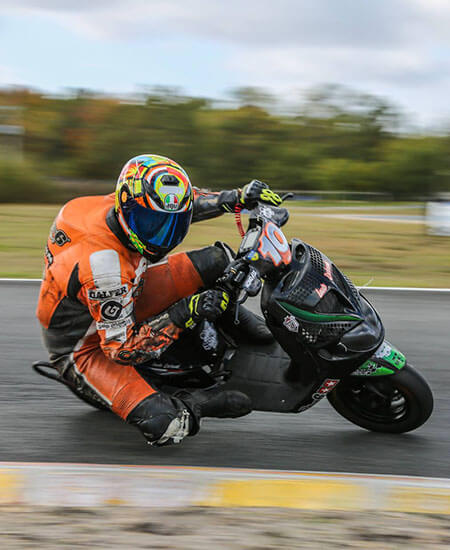 Louis started on the Salbris track in 2015 during a try-out day and was recruited on the spot to join our team for the Scooter 50 promotion category driving a piaggio zip.

His first season of 2015 was more than promising : he took first place in the championship !

Following this success he decided to move up to the Scooter 70 category in 2016 and signed a sponsorship contract with MAXISCOOT.COM
Louis is one of our most important team members thanks to his work on the committees and as vice-treasurer but also due to his experience as a volunteer with us for over 10 years. You will see him at the starting line at drag racing events since he is on the timing committee.