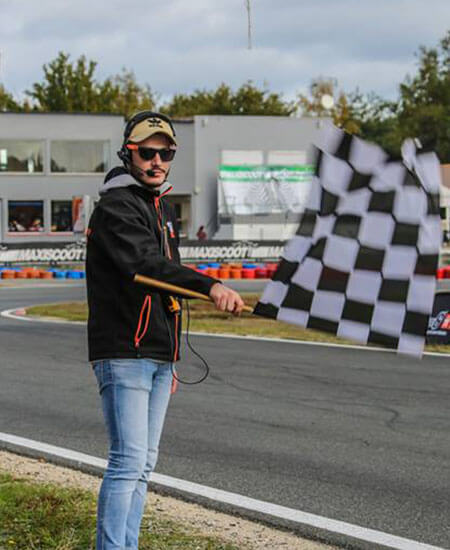 With us since the 2015 ScooterPower Weekend, Auxence worked trackside as a Marshal during 2016 including at the Trophée Grand Ouest and obtained his official Head Marshal certification « BF1 MOTO OFFICIEL » in April 2017. Since 2017 he directs our Track Marshal Committee and attends every event including drag races!