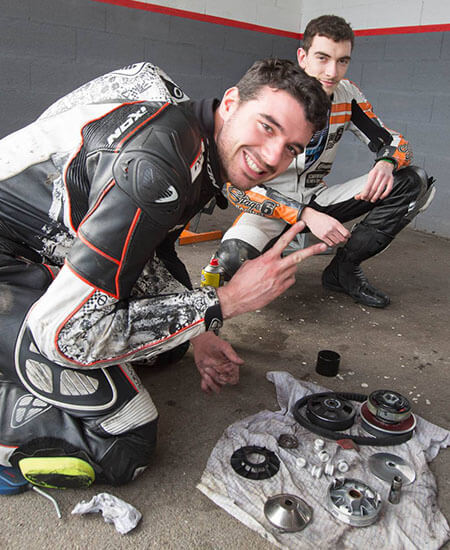 Armand is one of our most loyal ScooterPower members since 2007. He started at a tender age racing drag racing on his « mario kart » booster and went on to track racing.

Armand was runner-up at the 2013 TGO in the Promotion 50 category and First Place at TGO 2016 in Amateur 70 category. He plans to race Category 70 Expert on his piaggio zip SP1 stage6/RT and will be a volunteer during drag racing Events on the Snack Bar Crew.